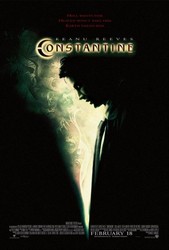 Synopsis: Described as "Dirty Harry" set in the occult world. Reeves will star as John Constantine, a man who dabbles in the occult and teams with a female police officer to fight evil forces.

His next major project...

Based on comic book Hellblazer...