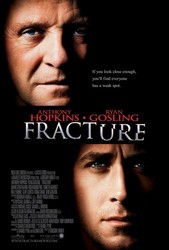 Synopsis: The story follows an assistant DA (Gosling) who plays a cat-and-mouse game with a man (Hopkins) who tried to murder his wife and is set free on a series of technicalities

Movie is to be directed by Gregory Hoblit...