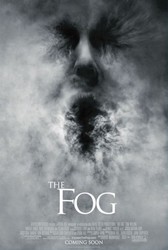 Synopsis: Exactly one hundred years ago, off the rocky shore of an isolated Northern California town, a ship of lepers was horribly wrecked in an eerie fog when the founders of the town purposefully misguided the ship, dooming everyone aboard. Now, tonight, the ghosts of the long-dead mariners have returned from their watery graves to exact revenge. Shrouded within a supernatural fog, the ghosts trap the residents of the remote community, intent on seeking out the descendents of those who founded the town...and killing anyone who stands in their murderous path.

Along with Davis and Serbedzija...

No directing this time...