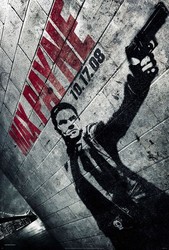 Synopsis: The story of a New York cop whose wife and baby are killed by thugs high on a designer drug called Valkyr. Devastated, the cop joins the Drug Enforcement Agency and goes undercover with the mob to find the source of the drug. Framed for the murder of his partner and hunted down by both the mob and the police, he is forced to wage a one-man war against crime.

Beau Bridges has joined the cast of the Fox dramatic thriller "Max Payne," based on the hit Rockstar video game. Bridges will play B.B. Hensley, a former cop and mentor figure to Max Payne, who helps him track down a cunning, ruthless killer. Read more...

Twentieth Century Fox has Mark Wahlberg in the crosshairs for "Max Payne," a live-action adaptation of the bestselling Rockstar videogame that will begin early next year. Read more...

Based on the New York cop...