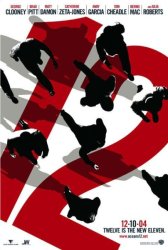 Synopsis: Danny Ocean (Clooney), reignited flame Tess (Roberts) and the rest of a band of thieves and con men (some returning and some new), team up for another three huge heists, but this time they're in three different locations (Rome, London and Berlin) (perhaps handled by three groups of four thieves each?). Meanwhile, casino owner Terry Benedict (Garcia), whom Ocean and crew ripped off in Las Vegas, is hot on their tail, looking for revenge...


Pictures From The 'Ocean's Twelve' Set

With George Clooney and Brad Pitt...

Not returning for the sequel...

They "may or may not be back"

Cast still to be confirmed...