[Wednesday, July 16th, 2003]
The trailer for The Texas Chainsaw Massacre has now been released and can be viewed by clicking on the image below. 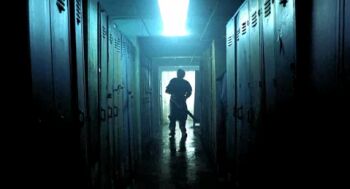 The remake of the 1974 movie of the same name stars Jessica Biel, Eric Balfour, Jonathan Tucker, Erica Leerhsen and Mike Vogel. The updated version is expected to be less gory than the original, focusing more on the thriller aspects of the story.

The official teaser poster is also released and a larger version can be viewed by clicking on the image below. 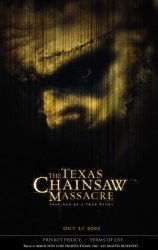 The movie is to be released in January 2004.

More On 'The Texas Chainsaw Massacre'...