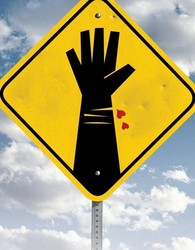 Synopsis: From the moment Zia (Patrick Fugit) cuts his wrists and enters a bizarre afterlife reserved for suicides, this film becomes a strangely uplifting, darkly comic tale about a journey though the hereafter. This is a world where everyone still bears the scars earned from the manner in which they "offed" while the everyday reality is a twisted mirror image of our own mortal world. When Zia begins his search for his long lost love, he encounters a variety of memorable individuals, be it a disillusioned suicude bomber or an angel in disguise. But it is in Eugene (Shea Whigham), an inscrutable Russian musician, and Mikal (Shannyn Sossamon), an accidental tourist, that he finds his closest friends. This trio of lost souls forms an uncommon bond as they set out on a journey across the afterlife in search of what they could not find in their previous lives.