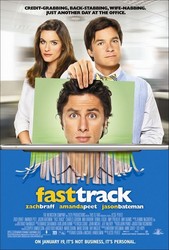 Synopsis: A slacker (Braff) is forced to work for his father-in-law after his pregnant wife (Peet) steps away from her high-paying job.

With Jesse Peretz set to direct...