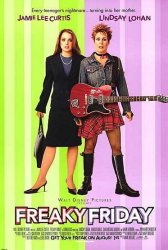 Synopsis: A tomboy teen (Lohan) argues constantly with her widowed mother. When she and her mother reveal their desire to escape their situation, they exchange bodies. But with mothers character due to get married, the two are forced to figure out a way to remedy the dilemma.

Mark Harmon is also in negotiations to join...

Christina Vidal to replace her...

Expected to sing at least on song...