[Saturday, March 16th, 2002]
The first full length trailer for the new Scooby Doo film has been posted on the internet. 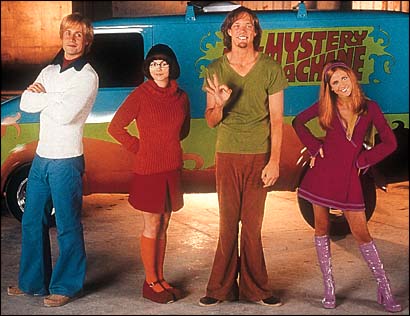 Gellar is shown beating up some baddies in the style of The Matrix, while at one point Scooby dresses up as a woman.