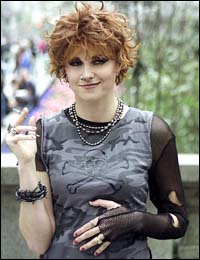 'Spider-Man' is expected to get its general release on May 3, 2002. Thanks to The Sun newspaper.

UPDATE: Thanks to all the people that wrote in to correct us on the fact that Lucy Lawless is from New Zealand (making her a Kiwi :) and not an Australian.