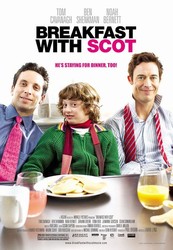 Here Films has acquired the rights to "Breakfast With Scot." Pic is officially sanctioned by both the NHL and Toronto Maple Leafs, marking the first time a professional sports league has allowed its logos and uniforms to be used in a gay-themed movie. Read more...