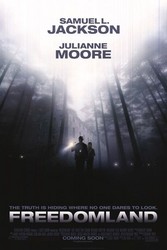 Synopsis: When her son disappears and is believed to be dead, a single mother blames an African-American man from the projects for the kidnapping, creating a racial controversy. An African-American detective (Jackson) and a white newspaper reporter team up to investigate the case, which they discover may be more complicated than they expected.

Based on Richard Price's bestselling novel...