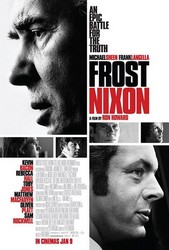 Oliver Platt has signed on to play Bob Zelnick in Working Title and Universal Pictures' big-screen adaptation of "Frost/Nixon" and has landed a recurring role on FX's "Nip/Tuck." Ron Howard is directing "Frost/Nixon," which was adapted from Peter Morgan's hit play. Read more...

Based on interviews between Frost and Nixon...