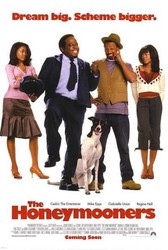 Synopsis: New York City bus driver Ralph Kramden and his feisty wife Alice, struggle to make ends meet. Despite Ralph's many get-rich-quick schemes/motivational speaker tape series, they've managed to save some money and, along with their best friends Ed and Trixie Norton, they seem to have almost enough money for a down payment on a Brooklyn duplex. However, when Ralph decides to try to impress Alice by making up what he's lost and augmenting their savings with another of his crazy schemes, he winds up losing all their money and his marriage to boot--and it takes all his determination and love for Alice to get things on track again.