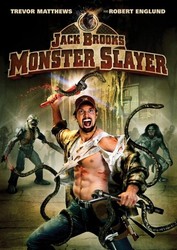 Synopsis: Tells the story of a teen (Trevor Matthews) who is haunted by the murder of his parents. As his rage builds, he accidentally awakens an ancient evil, prompting chaos in the vein of '80s horror-comedy creature features.