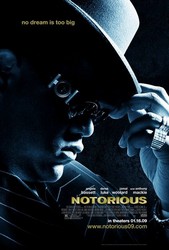 Synopsis: The life and death story of Notorious B.I.G. (a.k.a. Christopher Wallace), who came straight out of Brooklyn to take the world of rap music by storm.

Fox Searchlight has found its big-screen Biggie. The specialty division has announced that Jamal Woolard, a Brooklyn-based rapper, will be cast in the role of the late rap icon Biggie Smalls, aka the Notorious B.I.G., in its upcoming biopic "Notorious." Derek Luke, Angela Bassett and Anthony Mackie also have been cast in the movie, Searchlight said. Read more...

The role of Notorious B.I.G. for an upcoming biopic on the rapper will be filled through an open casting call, the film's producers said Thursday. "Notorious," which has been in the works for nearly seven years, will seek its star by auditioning actors and non-actors alike who resemble the rapper, whose real name was Christopher Wallace. Read more...