[Monday, March 15th, 2004]
Eight new movies stills from Tom Hanks The Ladykillers are online. Check them out by clicking on the picture below!

Ladykillers is a Black comedy contemporized remake of the 1955 Ealing comedy that starred Alec Guinness and Peter Sellers. 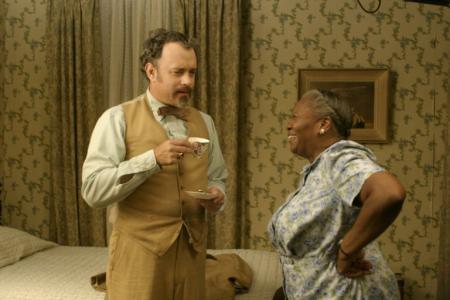 More On 'The Ladykillers'...

E-Mail This Article » Share your comments on 'The Ladykillers'