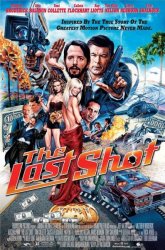 Synopsis: The focus of this ensemble comedy is a struggling filmmaker whose dream of directing his script by working outside the traditional Hollywood system comes true (as long as he films in Providence, Rhode Island) until he discovers that his miracle producer (Baldwin) is actually an undercover FBI agent who is just using the production as part of a sting operation designed to connect reports of union manipulation with the mafia.