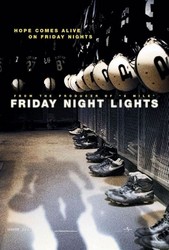 Synopsis: Based on the book by H.G. Bissinger, chronicles the 1988 football season of the Odessa (Texas) Permian High Panthers, capturing the struggles and hopes of a financially troubled town that pins its dreams on the team's Friday night games.