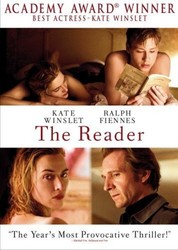 In another curious twist to an already bizarre case, Scott Rudin has walked away from "The Reader" and will no longer be involved with The Weinstein Co.'s December release. Read more...

Kate Winslet will replace Nicole Kidman in the lead of the Weinstein Co.'s Stephen Daldry pic "The Reader." Kidman dropped out Monday, citing her pregnancy as the reason. Read more...

Nicole Kidman has pulled out of Stephen Daldrys The Reader, citing her pregnancy as the reason. Principal photography on the pic began late last year in Berlin and the Eastern city of Goerlitz and filming was set to continue this month with Kidman. Read more...