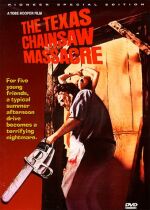 The reconceptualized version of the classic horror tale is being directed by Marcus Nispel from a Scott Kosar script.

The original 1974 "Massacre" is about five young adults touring rural Texas who are slowly whittled away by the chainsaw-wielding Leatherface.

The updated version is expected to be less gory than the original, focusing more on the thriller aspects of the story.

The remake begins shooting in Austin, Texas, in July.

More On 'The Texas Chainsaw Massacre'...