Pictures Of Action At Hatley Castle On 'X Men 2' Set

[Thursday, July 25th, 2002]
Dark Horizons got a scoop on a big action sequence taken place in Hatley Castle from the sequel "X-Men 2: X²."

"Xmen2 is filming its big action sequence all this week in Victoria, BC Canada. The location is called Hatley Castle and is the former location of the University for the Canadian Navy and Army. Now it is a public university called Royal Rhodes. All major cast members from Xmen were in Victoria for interior shots inside the castle about a month ago. Now they are back to do the outside work. 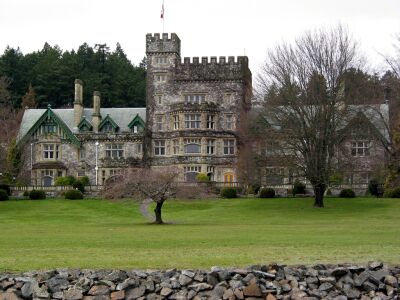 The action sequence calls for 6 helicopters to invade the School for the Gifted Children, run by Patrick Stewart's character. Only 2 actual helicopters are being used for shooting, but with digital post prod. it will be made to look like six. Over 40 extras are going to be shot running up the grounds toward the castle for the big finish. Close ups will be done in studio, in Vancouver. 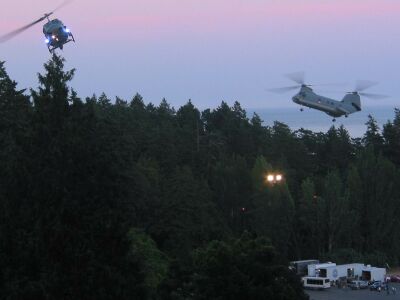 Army helicopters would fly in from just over the lagoon, with the film 'chaser' copter right behind them. The lower parking lot, nearest to the rowing facility, was empty. The second paved parking lot was where all the movie trailers were parked and where the helicopters landed for refuelling. They did about 20 passes from 8:30 to about 9:45. All three copters came very, very close to the castle. They had the castle lit with search lights aimed at the water. They also had five light towers flooding the castle in light for the evening sequence. 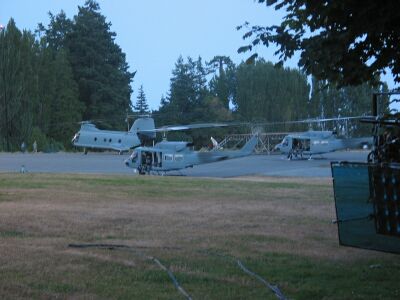 There is a scaffold made up that sits on the paved parking lot. I thought it was for one of the helicopters but all 3 landed on the tarmac. Then I noticed that the scaffold was very apparent in every shot. I am guessing this is going to be a digital "landmark" for something they will add later on via CG. The invasion seequence involved about 40 infantry men who were preping down at the trailers during all the fly bys" 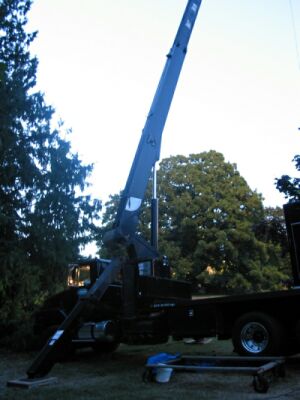 You can also view an .avi file, click here to view.

Thanks to Scott Rose for taking the pictures, click here to visit his homepage and other news on his home Victoria, British Columbia, Canada.